HURRRRRRRYYYYY HARD TO THE 2019 BRIER!

Brandon First is thrilled to have been instrumental in bringing the 2019 Tim Hortons Brier to Brandon Manitoba. We started chasing this dream almost a decade ago with the creation of a multi-phase Curling Event Hosting Strategy put together with partners from the local curling community, the City and the Keystone Centre. The group first successfully pursued the 2014 Viterra (then Safeway) Men’s Provincial Championships which introduced us to key people in the Curling event industry, renewed and reinforced our relationship with Curling Canada, and put us on the path to hosting our next major curling event. 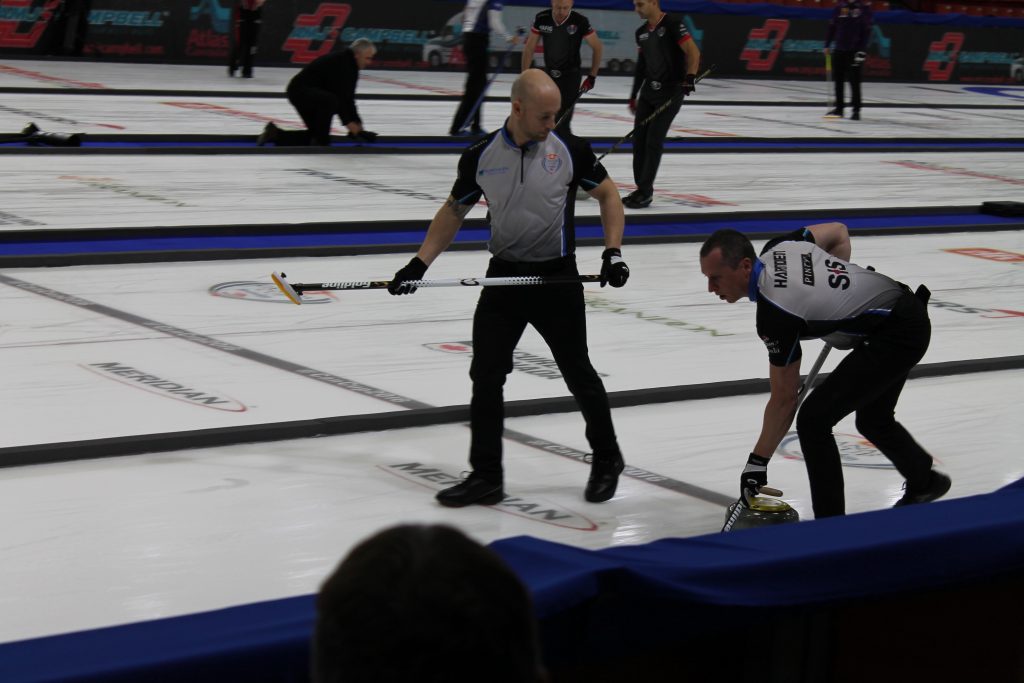 In November of 2015 we were able to announce that Brandon would be host to the 2016 Canada Cup of Curling, featuring 10 of the top men’s and women’s teams in the Nation. The winners of this event earned a berth into the Roar of the Rings, the Olympic qualifier, the following December.

After Brandon’s successful hosting of the Canada Cup, which generated 1.2 Million dollars of economic impact to the city, Brandon First and the local committee confirmed it’s readiness to go after the Brier Knowing that with the right bid we would be awarded the prestigious national men’s championships, the team dug in, got the support needed in all areas from the venue, to funding, to support letters from local officials, and Brandon First prepared a bid for the Brier. Waiting on pins and needles after the submission, in September of 2017 word came that 37 years after our last Brier, Brandon would host the 2019 event. 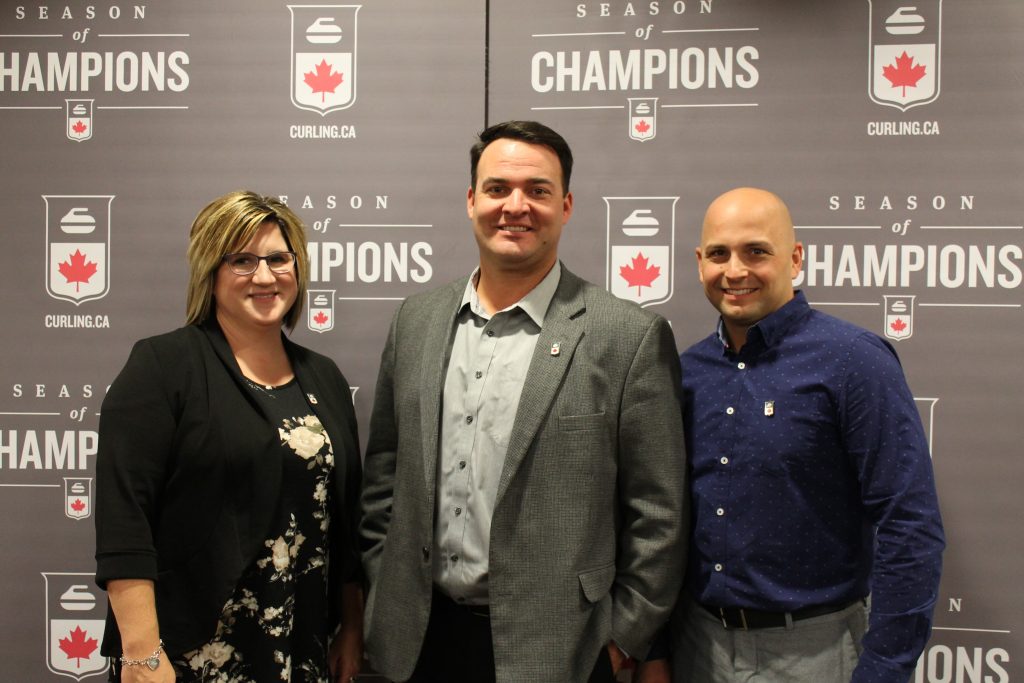 At the press announcement for the event, vice chairs Jackie Nichol, Nate Andrews and Ryan Shields were named as the three local champions for the event. Each tackling a separate sector of the event, the expertise they gained in Brandon’s previous curling event outings will serve them well for the Brier.

Having the chance to lead an event of this magnitude is a once in a lifetime opportunity that is not lost on Jackie Nichol, who like Shields and Andrews, grew up in a curling focused family. As Vice Chair of Hosting her role will have her integrated throughout the event in areas from lounges to transportation. Her journey to the Brier started when she was Executive Director of Brandon First and attended the event in Kamloops in 2014. From there she was a key cog in the machine to bring the Brier to this city. “Being a part of something that changes your community for the better is just amazing,” she says, “Westman curling fans are some of the most loyal in the world, so it’s just a thrill to bring this event back to Brandon.”

Of getting involved with an event of this size and scope, Vice Chair of Volunteers and Special Events Ryan Shields says to trust your instincts and jump in with both feet. “Just do it,” he says “Put yourself out there. Be willing to be part of a team. Lean on some mentors, I was able to lean on Jeff Cristall through all three of these events, and learn from him and his past experience.” 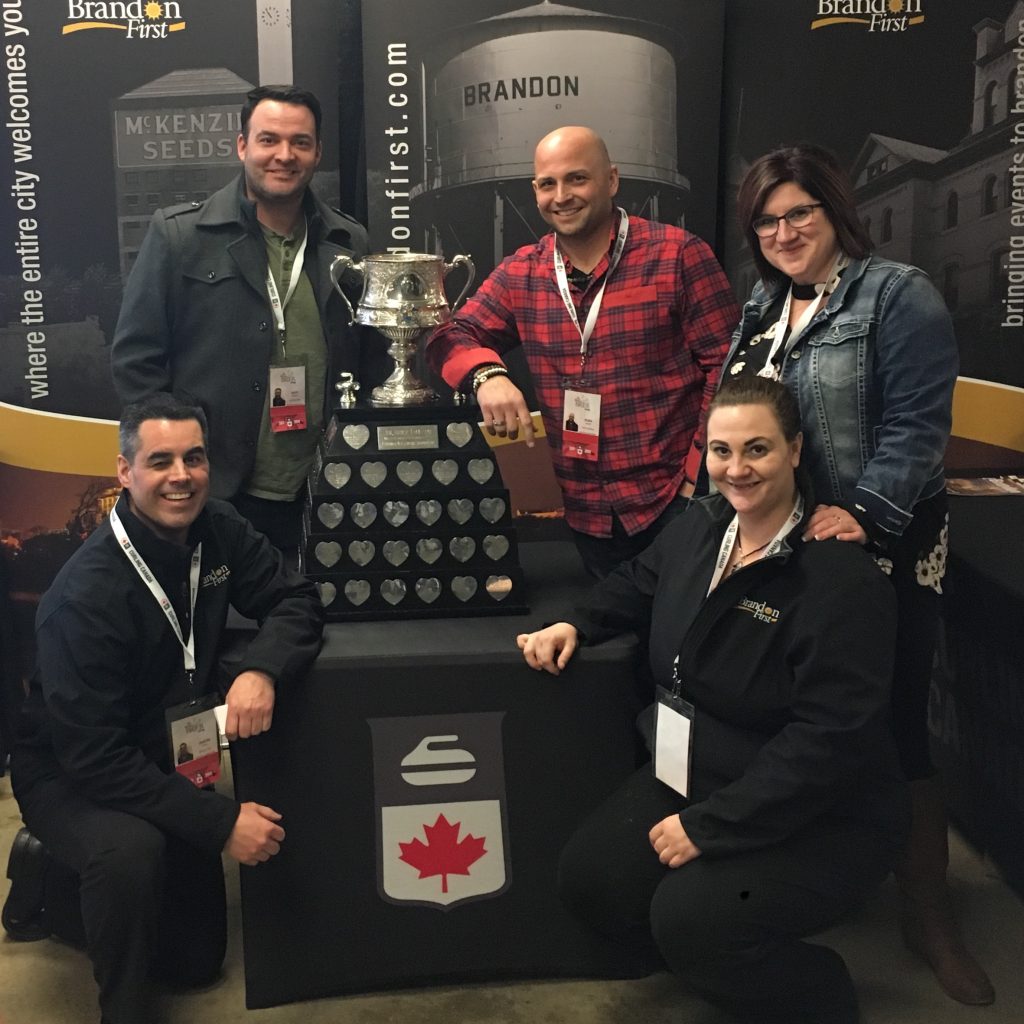 Brandon bid committee members at the 2018 Brier in Regina

“Try it once and let yourself feel the result of something so spectacular, you will be hooked.” Vice Chair of Facilities, Nate Andrews agrees, “Sometimes I still have a hard time believing I’m not still that seven-year-old kid getting his picture taken with Brier Bear.” His lifelong passion for the sport made getting involved in a major capacity a no-brainer, though he didn’t always feel that way “I’d be lying if I told you not very long ago I would never imagine taking on a role like this.”

Everyone involved knows that all the hard work and dedication is going to pay off and this event is going to be the talk of the town for so many years after this. Andrews calls the Brier the pinnacle of all curling events: “It has taken on a life of its own and for decades every small-town curler has dreamed of going to the Brier.” Illustrating perfectly that Manitoba, and Westman in particular, is ‘Curling Country’ he adds “The history is so entrenched in our local curling culture. The Brier brings out the best of what is great about the pure grassroots nature of the sport itself.” 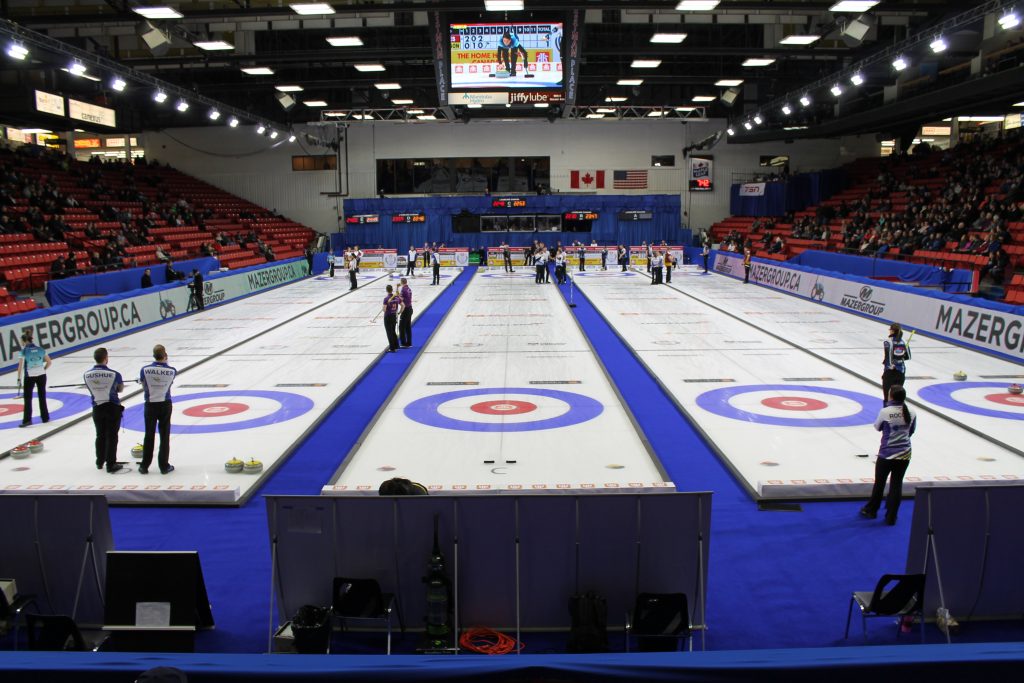 Shields and Andrews were also co-chairs of the Canada Cup in 2016 and with Nichol have seen the curling strategy work its way from the committee planning table for the 2015 Provincials toward this ultimate goal. “It’s the most prestigious curling event in the world,” Shields says of the Brier, “We have the most competitive and skilled curlers in Canada and to have them all on the same arena all at the same time, you can’t beat the atmosphere.”

The first Brier occurred in 1929 and has been contested annually ever since, excepting the years of the second World War. This year is the second year to use a 16 team, two pool draw. This allows Team Canada as well as Northwest Territories and Nunavut to have teams in the national contest. To decide the final team of the sixteen, a wild card game will take place on March 1st at 7pm. Admission to that draw will be free to the public, making it a perfect opportunity for as many fans as possible to take in some of that top level competition. 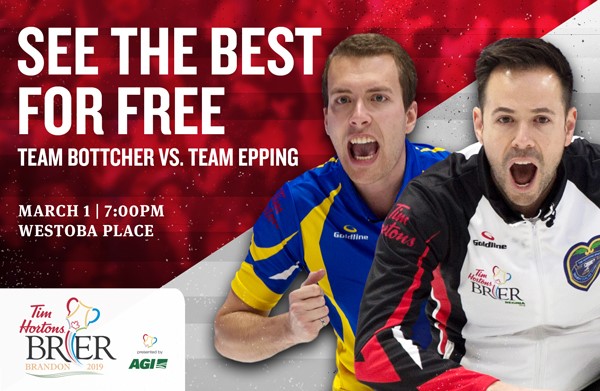 As we look to the future of Curling in Brandon, we will continue our large event strategy of building an event cycle that works for the hosting region, the local clubs, Curl Manitoba and Curling Canada. This successful strategy solidifies Brandon as a prime host city for Curling events for years to come. “It’s going to leave a legacy in town, and to be a part of that,” Shields says, “even a small part of that, will be something I remember forever, and my kids will be able to look back on. I know we look back on the ’82 directors (of which one was none other than Neil Andrews, late father of ’19 Brier Co-chair Nate Andrews) and refer back to them, so it’s a legacy that will live on forever.” 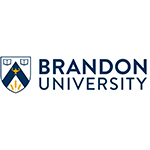